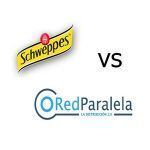 The Spanish Justice confirms that SCHWEPPES S.A. can not prevent the introduction and distribution in Spain of the SCHWEPPES tonic from the United Kingdom and other countries of the European Economic Area.

The Mercantile Court No. 8 of Barcelona has issued on April 9, 2018 a ruling (see the judgment) that applies the doctrine of the Court of Justice of the European Union on the exhaustion of trademark rights (see the judgment). Consequently, SCHWEPPES S.A. is not authorized to prevent parallel imports into Spain of SCHWEPPES tonic from the United Kingdom or other EEA countries.

It is expected that soon the Commercial Court will revoke the precautionary measures that prevented RED PARALELA from offering SCHWEPPES tonic from the United Kingdom and other EEA countries.

For any doubt about the legal situation, you can contact directly the lawyers David Pellisé and Juan Carlos Quero, of PELLISÉ Abogados.